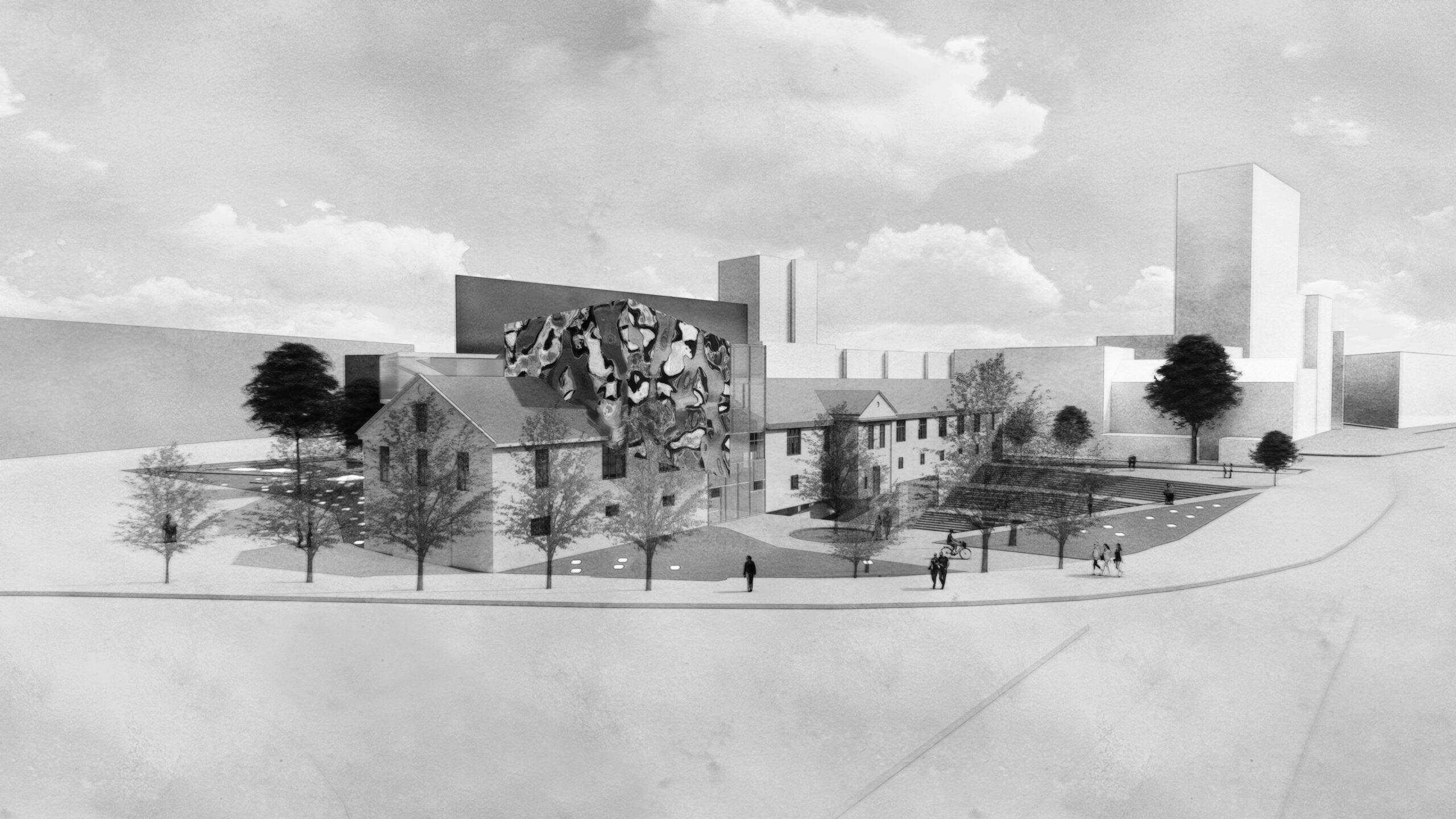 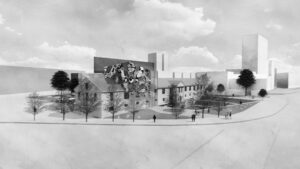 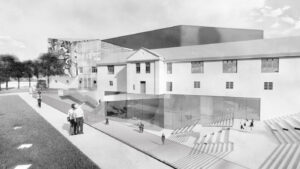 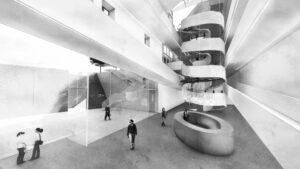 Looking from the bird’s eye view, we can see the old Salt Composition and two dominant forms hidden behind it,
having a modern character, representing a symbolic detachment from reality and a transition from
the real world – tangible, symbolized by a historic object to a futuristic space,
modern, allowing to move to another sphere of the universe. The architectural forms meander around the existing  tree which, in line with the ideological assumptions of the competition, becomes our tree of languages, alluding to
partly to the literature of Stanisław Lem – they show that futuristic forms entwine what is existing,
a world close to man, natural. Thanks to the glazing used, the tree is visible from any place
parts of the facility and its immediate surroundings. At night it will be additionally highlighted what it has
act as a kind of interest for passersby to stop and transfer to the planet
Lem. Educational paths, greenery and water have been designed around the entire facility
lighting for the main exhibition zone located below the ground level.