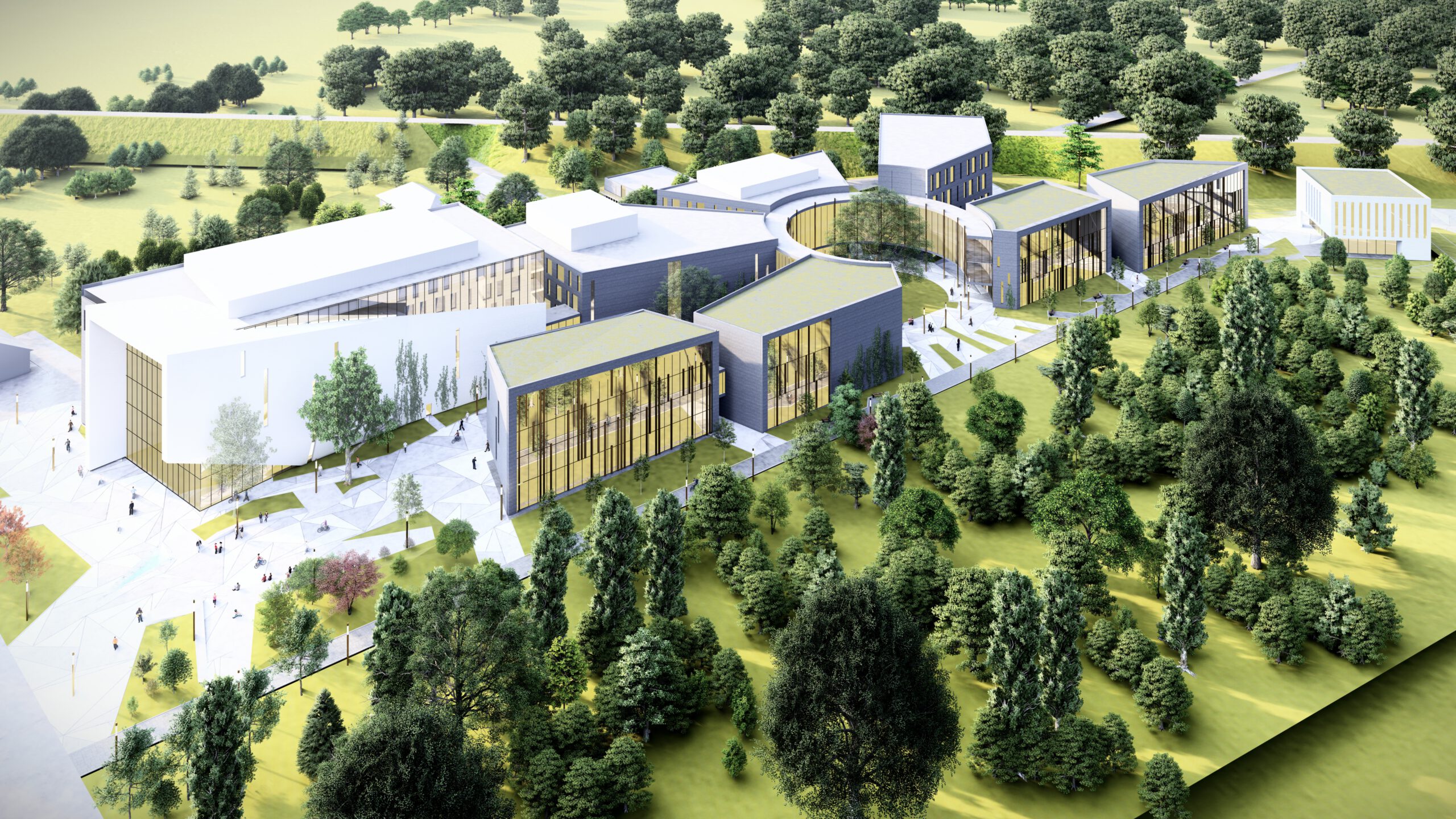 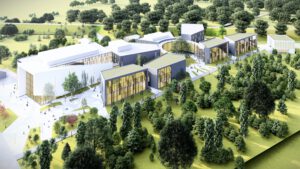 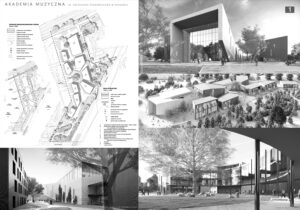 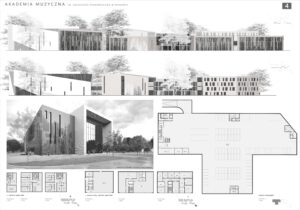 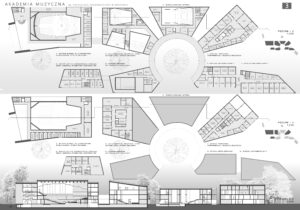 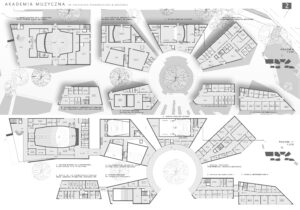 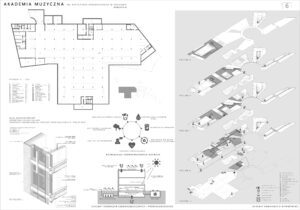 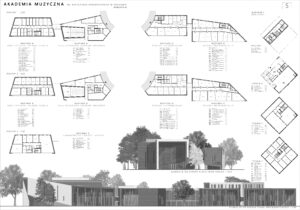 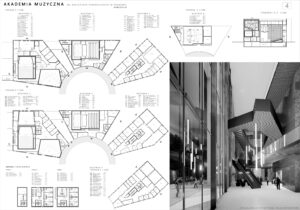 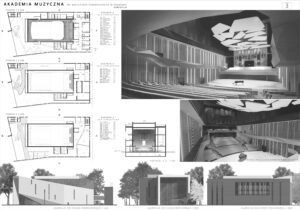 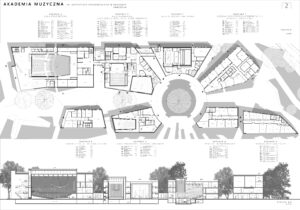 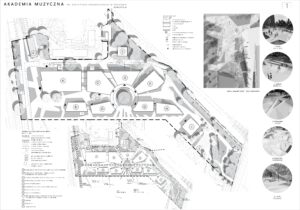 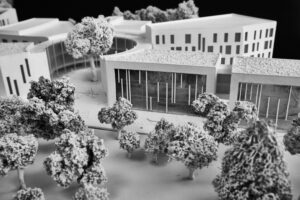 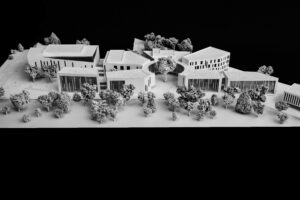 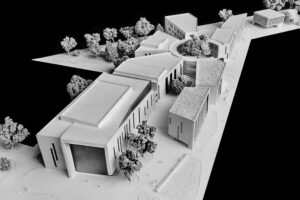 Academy of Music in Cracow

A NEW GROUP OF ACADEMY BUILDINGS

The project passed to the second stage and received a distinction.

The main idea was based on creating a composition open to the surroundings, nature in the city space, which is a place of high quality
and aesthetics inscribed in the cultural character of the city, and for users a place of learning, creativity, and integration with art and nature.

Buildings connected with nature should create a new urban and city-forming value in the non-urbanized area of ​​the Grzegórzki district.

To implement the idea, we adopted the following assumptions:

– zoning and separation of functions – concert zone and didactic zone

– concentration of buildings scattered in greenery around the central square and the compositional axis north-south,

– lowering the intensity and height of buildings along the compositional axis

– integrating the whole layout into the existing greenery

A clear and coherent urban layout of dispersed, different shapes was created – allowing for the integration of functions with a clear separation at the same time.

The main point of the composition and the compositional axis of the system are determined by the preserved valuable tree stand. The assumed spatial arrangement by separating  pavilions, viewing openings and transparent, glazed facades from the park side integrates the existing natural green space with the proposed development.

The central point of the composition is the Round Square with the Ash Tree, situated in the place of the preserved valuable tree stand, and the main axis of the composition was created by the pedestrian passage – the Inner Passage, in the north-south direction, crossing the Round Square with the Ash Tree. The axis and pedestrian route communicate the entire layout from the entrance area from the city side to the Vistula boulevards.

Separated pavilions dedicated to particular functions of the university are located along the compositional axis – the Inner Passage connecting the representative entrance zone – Front Square, internal passages between the buildings, the central Round Square with the Ash Tree, and ending with cascading terraces towards the Vistula boulevards.